To access the park you need to show your GREEN PASS. RESERVATION IS NOT REQUIRED. More info. 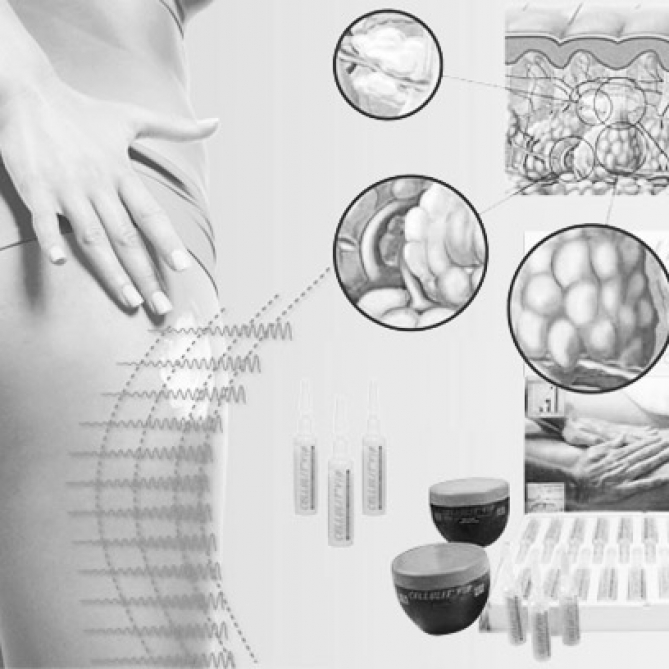 High-precision contouring treatment that combats fat deep down and smoothes surface cellulite. This slimming action is supported and strengthened by a lipolytic and draining complex, which is responsible for burning released fats and eliminating them.
Ultrasound effect

Since they were first used for aesthetic purposes, ultrasounds have been a recognised part of slimming methods. The ERICSON laboratories have managed to integrate the vibratory power of ultrasounds into new formulas thanks to the effect of a powerful phytocomplex, capable of breaking the bonds responsible for the formation of clumps of fat cells and their incrustation under the skin.

The effectiveness of the treatment allows a slimming effect on 3 areas:

The remodelling and structural reorganisation of the adipose tissue allows better blood and lymphatic circulation, so the skin on the legs appears firmer, more toned and cushions of cellulite are less obvious.

PHYTOSONIC: Ultrasound lipolysis.  Detaches adipocytes without destroying them by having an ultrasound effect.

Visa and MasterCard credit cards accepted
(+39) 081 908 71 81
segreteria@giardiniposeidonterme.com
Booking and the relative payment as per the price list are required for all therapies and treatments.
If you are unable to attend, you must notify us at least 5 hours before your appointment time to avoid incurring any penalties.
If you do not contact us we reserve the right not to give any refund.